IN ISRAEL FOR PASSOVER 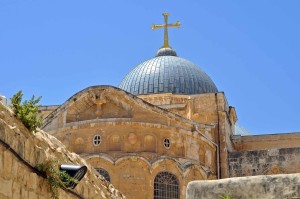 Religious tourism has a goal among the most significant after Rome and Saint Peter. And a trip to Israel, whatever one may say the news is not at all dangerous. Israel is one of the safest countries in the world for tourists and the feeling of security is perceived in the air as soon as it landed in the airport of Tel Aviv. Seeing is believing.

Israel is located in the extreme southeast of the Mediterranean, bathed by the sea and to the south for a short distance from the Red Sea (Gulf of Aqaba), bordered by Lebanon, Syria, Jordan and Egypt; in this strip of land 400 km long and wide in some places no more than 15-in place for the Palestinian Territories of the West Bank and Gaza Strip administered by the Palestinian Authority. Despite its small size, the territory is varied: the fertile north of the high Galilee hills up to 1200 m, where in winter you can ski, and the salt lakes of Tiberias and the Dead Sea (maximum depression of the earth, with level – 392 me to the bottom – 800, and maximum salt concentration) connected from the Jordan River, south to the Negev desert, as big as half of the country and populated by nomadic Bedouin shepherds, but thanks to irrigation Israelis have performed the miracle of turning in greenhouses capable of producing also excellent wine. 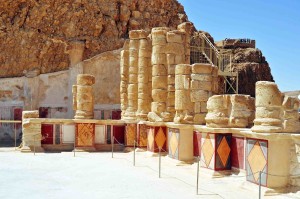 Pure ecosystems, as described in the Bible, are rich and varied: 130 endemic plants and 128 species of native mammals, protected in 71 national parks and 230 reserves, covering an area of ​​25% of the country.he history and religions have concentrated testimonies like nowhere else in the world: from Jerusalem, holy city for Jews, Christians and Muslims, to the many biblical sites, from Crusader castles to the suggestive fortress of Masada, on top of a rock, last bastion of Jewish resistance to Roman rule. UNESCO protects you as many as 17 sites as World Heritage, but  do not expect a country of only ruins there are also cities and modern technology, such as Jerusalem and Tel Aviv. Jews, you know, are ingenious, resourceful and very intelligent: although they represent only 0.25% of the world population well boast 28% of Nobel prizes and half of the chess world champions are Jews. Mean something. And turning to the country we realize it. And a trip to Israel, as mentioned above, is not dangerous: the statisticians in fact, ensure that it is much more dangerous to take a car journey on our highways. A place where everyone has dreamed of going, from Moses to the Queen of Sheba, from the Crusaders to Mark Twain. 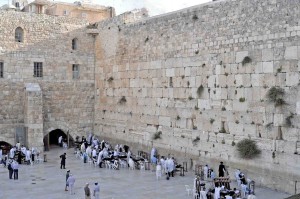 Israel, the Western Wall in Jerusalem

The tour operator of  Urbino “Apatam Travel” (tel. 0722 32 94 88, www.apatam.it, apatam@apatam.it), specializing since 1980 in the cultural tourism with qualified accompaniment, offers a tour of group of nine days dedicated to the discovery of all the main places of historical and archaeological interest of Israel, on the occasion of the Jewish Passover, a holiday that lasts eight days and celebrates the liberation of the Jewish people from slavery in Egypt and their exodus to the Promised Land. Starting April 22, 2016 with the Alitalia flight from Rome (or other cities), private bus route with Italian-speaking guide, accommodation in a 3 star hotel with half board, shares 2,150 € in double all inclusive.

Text and photos by Giulio Badini