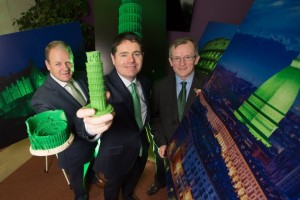 The world is green for St Patrick

Tourism Ireland has announced that Rome’s Colosseum, the Leaning Tower, the Sacre Coeur Basilica in Paris, the Christ the Redeemer Statue in Rio de Janeiro and Nelson’s Column in London will be painted green this year to celebrate the day St. Patrick’s Day, as part of the seventh edition of the Global Greening. The new “greenings” of 2016 include the 7 World Trade Center at Ground Zero in New York, the famous wheel Overview Place de la Concorde in Paris, the Mole Antonelliana in Turin (architectural symbol of the city), the Royal Villa of Monza, light rail in Addis Ababa (the first of its kind in sub-Saharan Africa) and the Tel Aviv Municipality.

In addition, for the first time ever, the famous Boston Red Sox baseball players become the Boston Green Sox for the St. Patrick’s Day, when they will wear green jackets for their training game in Florida on March 17. And their historic home, Fenway Park in Boston, will be dyed green is the golf game that along the upper left grandstand. 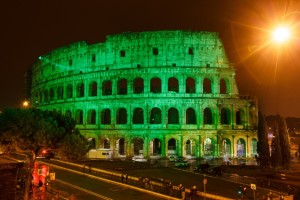 The Colosseum to Rome will be green

The initiative of the Global Greening has been growing from year to year, with a number of new sites participating in 2016. These include the Bridgestone Arena in Nashville (home of the Nashville Predators hockey team on ice), the TV Antenna Mount Ulriken in Bergen, Porte Dijeaux in Bordeaux and the Hofbrauhaus of Monaco. In Brazil five sites will be illuminated for the first time ever for St. Patrick, including the Amazonas Theatre (an opera house in the heart of the Amazon Forest), the Elevator Lacerda in Salvador (a historic art deco elevator that joins the lower part of cities with the high), and the Aqueduct Carioca in Rio de Janeiro.

The new sites will be added to some who like tradition have already participated in previous years, such as the Colosseum in Rome, the Leaning Tower of Pisa, the Little Mermaid in Copenhagen, the “Welcome” sign in Las Vegas, the Allianz Arena in Monaco, the ‘Empire State Building in New York City and Sky Tower in Auckland.

Niall Gibbons, CEO of Tourism Ireland, said: “This is the seventh year of the initiative Global Greening Tourism Ireland and every year I am pleased to see how many new sights and attractions have joined the celebrations for St. Patrick’s Day. The success of our initiative Global Greening is due in no small part to the great work done in the world by the Irish through the generations, and, in particular, to the great support received from Irish Embassies. The enthusiasm with which cities and countries take part everywhere in this event underscores the strength of the deep feeling that people around the world has for Ireland. Over 70 million people worldwide have an Irish ancestry and St. Patrick’s Day is a unique opportunity to reunite them with their radici.Tutti in the world, from Sydney to London and from Tel Aviv to Rio de Janeiro, instantly identify the day of St. Patrick’s Day with the island of Ireland, and the high profile of this event allows us to put in the world spotlight Ireland as a tourist destination ,. Our program for St. Patrick involves Great Britain, Continental Europe, North America, Australia, as well as emerging tourism markets, such as China, India and Brazil. The large media coverage of which everywhere will enjoy Ireland on this occasion represents a formidable asset for tourism promotion of the island in the world at this time of year. ” 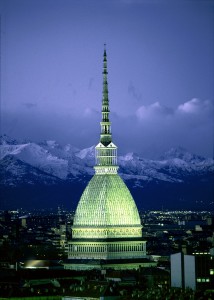 The Mole Antonelliana to Torino

Niamh Kinsella, director of Tourism Ireland in Italy declares: “This year Italy will be greener than ever with four spectacular monuments lit green at St. Patrick, the patron saint of Ireland, with the help of Roma Capitale and MiBACT the Colosseum in Rome, Turismo Torino e Provincia to the Mole Antonelliana, the Opera Primatial Pisana for the Tower of Pisa and the Directorate of Villa Reale in Monza. Our sincere thanks also go to the Embassy of Ireland for the constant support “.

A green invitation to discover a country that is simultaneously one of the oldest and among the youngest in Europe, ready to welcome its visitors with a welcoming smile and a Green Carpet in their honor.