ROME, A WALK IN THE NEIGHBORHOOD SAN LORENZO 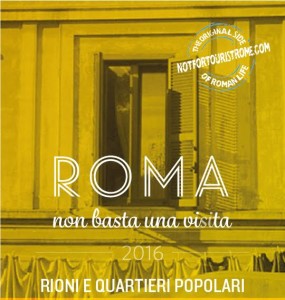 Walking through the streets of the capital, visiting the beautiful monuments, getting lost in the streets and parks, you can come and discover another popular and creative side of the city: the San Lorenzo district, tenaciously and strongly Roman cosmopolitan. Place where live many contradictions from trendy clubs to old craftsmen. His story begins with the construction of the railway workers houses and continues with the political commitment, the war and the bombing that has deeply marked the imagination of the people and professions that have developed there. So a tour to learn about unusual and true aspects of a conscious and proud of its history district, once a favorite of Pasolini and Moravia, now the subject of a recovery process of the architecture that gave birth to a true cultural and creative pole open sky. Without forgetting the nearby historical places like, just to name a few, the Basilica of St. Lawrence Outside the Walls, the Cemetery of Verano and the University “La Sapienza” considered the largest university in Europe.

PROGRAMME OF THE VISIT